One of the primary problems facing anyone who wants to get a product to market - whether they be inventors, entrepreneurs, or established businesses - is making sure that the product is soundly designed, functions as expected, and is aesthetically pleasing. There are many ways to approach this problem, and prototype production is an essential step towards a final solution. Let’s discuss why it’s important, the merits of different types of prototype production, and considerations for inventors and entrepreneurs. 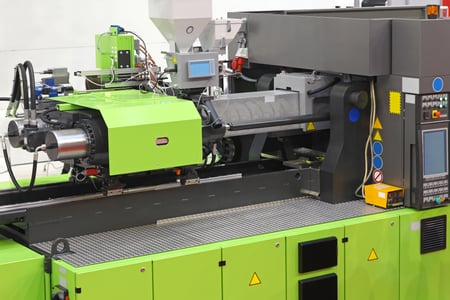 First and foremost, prototype production is important because the costs to produce a prototype are so much less than the costs of large scale production. Simply stated, you want to make sure you get the product right before you produce a million copies. To do this, there is simply no way to replace the effect of holding a virtually identical working prototype in your hand. Seeing a computer rendering (CAD imagery/animation) is reassuring, and holding a 3D printed part made from ABS plastic is even better, but it doesn’t eliminate all unforeseen results with the actual product made from the actual production plastic and produced from the actual mass-production process (an injection molding).

Finished products that are intended for mass production are typically produced in very large quantities (on the order of hundreds of thousands or even millions of copies). As a consequence, it is extremely prudent to make sure that the engineering design is sound, that the aesthetics are satisfactory, and that the product functions as expected in its final production material(s). The importance of this step cannot be overstated. The way to execute it properly is to produce a few hundred to a thousand injection molded prototypes for use in testing and consumer research prior to mass production. This requires an investment in an injection mold tool (oftentimes a multi-cavity tool) and a process for conducting research ahead of time. It means making a large up-front investment in order to minimize risk and to safe-guard your even larger investment down the road. Executing a thorough plan at the beginning of the process will help to maximize the likelihood of product success during and after mass production. What are alternatives to injection molded prototypes?

Although we recommend injection molded prototypes for the reasons stated above, there are less expensive prototypes that can be produced and iterated on through 3D printing (rapid prototyping), as well as through CNC machining. These tools are wonderful stepping stones to work out part design and functionality kinks, but they have a few limitations for the purposes of this article.

Ultimately, there are multiple ways to test the design, function, and aesthetics of a new product, but prototype production is essential if you hope to have useful, actionable information before producing en masse (and limiting your risk of failure, recall, etc). See below for additional considerations in the financing and production process.

A few thoughts for inventors and entrepreneurs:

If you have an idea you want to pitch to investors, you’re probably going to need to provide a finished prototype product. This way the individuals considering financing your idea have a better understanding of what they’re investing in. Typically, investors are a lot more likely to make tangible commitments to an individual with a working prototype and potentially a patent than they are to back a half-formed idea with a sketch or a rudimentary computer aided design. A prototype that allows for investors to use their hands and human intuition is much more likely to prove viability and marketability than will a Powerpoint presentation.