Everything You Need to Know About PHA

We recently wrote a blog called “Everything You Need to Know About Bioplastics” and now we’d like to expand on the topic by focusing on PHAs. Polyhydroxyalkanoate may be a term you have heard but aren’t necessarily familiar with. As a design and engineering firm that has extensive experience with various plastics and the injection molding process, the future of plastics is very important to the consumer products, food and beverage, and packaging industries, all of whom we have worked with at some point. Let’s discuss what exactly PHA is, some of its general characteristics, and applications that can or do utilize PHAs. 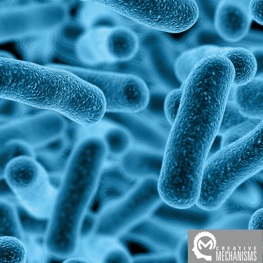 PHA stands for polyhydroxyalkanoate, which represents a polyester made in the natural world (as opposed to synthetic polyester). Well, what is a polyester? Let’s back up even further to get a better understanding:

What are the general characteristics of PHAs?

Plastics in general are nearly impossible to nail down as having certain characteristics. Even within a group such as polyesters, there can be a wide variety of thermal, mechanical, and other qualities present. That being said, polyhydroxyalkanoates do share some general characteristics as a group. In their 2014 paper “Polyhydroxyalkanoate (PHA): Review of synthesis, characteristics, processing, and potential applications in packaging,” Bugnicourt, Cinelli, Lazzeri, and Alvarez list the following characteristics of PHAs:

PHAs are also somewhat unique in that they are both bio-based and biodegradable, as mentioned above. “Bio-based” is a very broad term that basically means a substance was derived from an organic (usually plant-based) source, whether wholly or in part. Bio-based plastics are distinguished from much more common petroleum-based polymers (visit our Plastics page to learn more about conventional types of plastics). PHAs in particular are made naturally by specific bacteria, such as Pseudomonas putida and Cupriavidus necator. Although many would assume that anything “bio-based” is biodegradable, this is not the case.

Whether a plastic is biomass- or petroleum-based is a different question than whether it will biodegrade (a process by which microbes break down material if conditions are suitable). Technically, all materials are biodegradable, but for practical purposes, only those that degrade within a relatively short period of time (weeks to months, usually) are considered biodegradable. PHAs fall into the biodegradable category; they will decompose whether they are exposed to soil, compost, or marine sediment. This makes them especially useful for applications like single use packaging.

What are the benefits of bioplastics and PHAs in particular?

PHAs (and bioplastics in general) are very attractive materials for three primary reasons: they can be created from renewable sources, they can also biodegrade, and they are biocompatible. To the first point, it is very exciting that scientists are finding ways to harvest and utilize material from sources like bacteria synthesis (PHA) and corn or sugarcane (other bioplastics like PLA). Previously, crops had to be diverted for the production of bioplastics, but in the last decade or so, there has been a focus on using waste materials (such as banana peels, potato peelings, etc) to produce bioplastics instead. By utilizing waste products, use of scarce resources can be maximized.

Biodegradability is the other key aspect that makes PHAs a very promising material. Environmental pollution is a hot topic with important implications; conventional petrochemical-based plastics have been at the very center of the controversy, primarily because they are so widespread and do not degrade easily. For instance, images of marine animals strangled by or ingesting various plastics show the stark reality of pollution. Of course, fossil-fuel based plastics have done much to improve the material lives of humans, but when it comes to pollution, new innovations in biodegradability are very welcome.

Because PHAs are biocompatible (which means not harmful to living tissue), they can and have been utilized in a variety of medical and surgical applications. Looking forward, the potential also exists that PHAs will be involved in “wearable” internal technology applications.

What applications have utilized or can utilize PHAs?

Polyhydroxyalkanoates have a great variety of characteristics, and their sustainability, biodegradability, and biocompatibility mean that many industries would benefit from utilizing them further. Here are some applications in which PHAs have become very useful:

Do you have questions about plastics or how they are considered in design and engineering?

Creative Mechanisms is a premiere design and engineering firm with unique expertise in plastics. Our design team is skilled at creating custom solutions to complex problems, and designing for any number of objectives, such as manufacturing, assembly, aesthetics, and more. We have experience working with many materials, and are incredibly familiar with injection molding, CNC machining, and 3D printing. Please visit our Client Testimonial page to review what previous and current customers have said about our work - we think you’ll be impressed.

To learn more about conventional plastics, visit the plastics page, or review the many resources we’ve compiled here. Thank you for reading, and please reach out if you have any questions!