Everything You Need To Know About Injection Molding

What is Injection Molding?

Injection Molding is a manufacturing process for producing parts in large volume. It is most typically used in mass-production processes where the same part is being created thousands or even millions of times in succession. 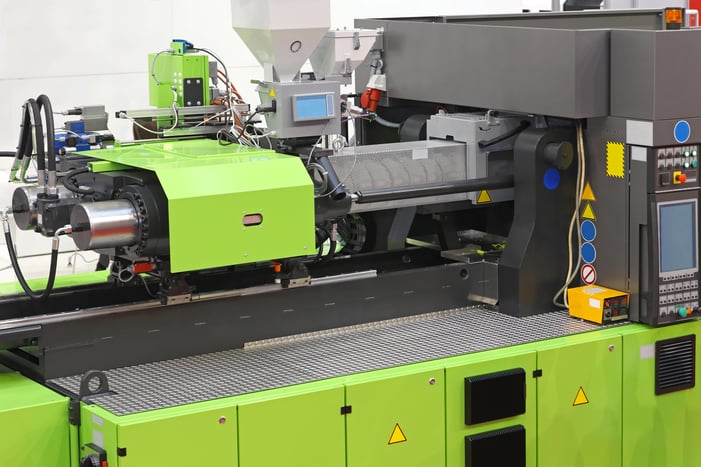 The principal advantage of injection molding is the ability to scale production en masse. Once the initial costs have been paid the price per unit during injection molded manufacturing is extremely low. The price also tends to drop drastically as more parts are produced. Other advantages include the following: 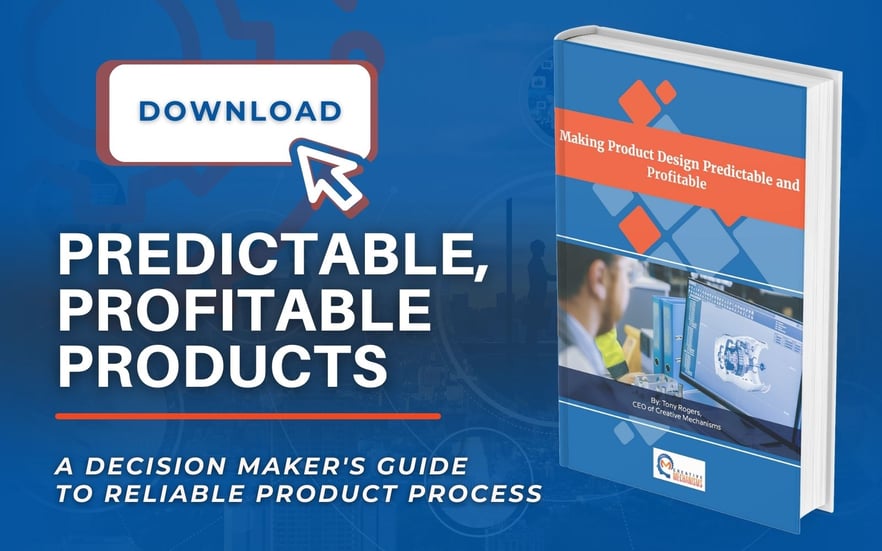 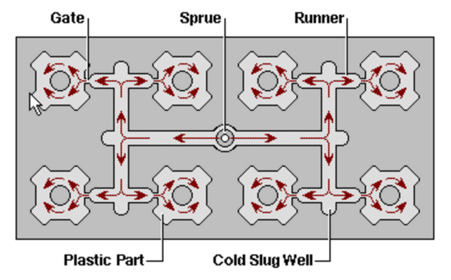 With thermoplastic materials, they can be recycled and are used again. Sometimes this happens right on the factory floor. They grind up the sprues/runners and any reject parts. Then they add that material back into the raw material that goes into the injection molding press. This material is referred to as "re-grind".

Typically, quality control departments will limit the amount of regrind that is allowed to be placed back into the press. (Some performance properties of the plastic can degrade as it is molded over and over).

Or, if they have a lot of it, a factory can sell this re-grind to some other factory who can use it. Typically regrind material is used for low-quality parts that don't need high performance properties.

Injection molding is very repeatable. That is, the second part you produce is going to be practically identical to the first one etc. This is a wonderful characteristic when trying to produce brand consistency and part reliability in high volume production. 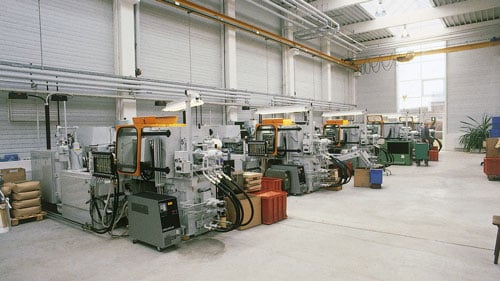 So… What Is The Downside To Injection Molding?

Because of the massive manufacturing scale usually involved in injection molding, small mistakes can have massive consequences - financially and logistically. While the margin of error is small, the implications are substantial.

Upfront costs tend to be very high due to design, testing, and tooling requirements. If you are going to produce parts in high volumes you want to make sure you get the design right the first time. That is more complicated than you might think.

Getting the design right includes:

If you have the right veteran voices at the table, this is still a fantastic option for the right projects.

Be Ready for High Tooling Costs for Injection Molding

Tooling is almost a project in and of itself and only one phase of the entire injection molding process.

Before you can produce an injection molded part you first have to design and prototype a part (probably via CNC or 3D printing).

Then you have to design and prototype a mold tool that can produce replicas of the part in volume.

Lastly, and typically after extensive testing in both of the aforementioned stages, you get to injection mold a part.

As you can imagine, all of the iteration required to get the tool correct prior to mass production requires both time and money. It is rare that you would prototype an injection molding tool. It does happen though, especially for parts that will be made in a multi-cavity tool.

When You Need to Adjust Your Injection Molding

Because tools are typically made out of steel (a very hard material) or aluminum it can be difficult to make changes. If you want to add plastic to the part you can always make the tool cavity larger by cutting away steel or aluminum.

If you are trying to take away plastic you need to decrease the size of the tool cavity by adding aluminum or metal to it. This is extremely difficult and in many cases might mean needing to scrap the tool (or part of the tool) entirely and start over. In other cases you might be able to weld metal into the cavity that is undesired.

Injection molding necessitates uniform wall thickness. If you were to cut a cross-section of the Panasonic mold above you would notice that the wall thickness is approximately 2-3mm thick throughout. Keeping walls from being too thick is important to prevent inconsistencies in the cooling process resulting in defects like sink marks.

A good rule of thumb is to keep walls less than or equal to 4mm thick. The thicker the walls the more material you will use, the longer the cycle time will be and the higher your cost per part will be.

Conversely, if wall thickness is any thinner than 1mm or so you might experience trouble filling the mold tool (resulting in gaps or short shots). Designers can compensate for this potentiality by using a material with a higher melt flow index like Nylon which is often suitable for walls as thin as 0.5mm.

Oftentimes large parts cannot be produced via injection molding as a single piece. This is due to the size limitations of injection mold machines and the mold tools themselves.

For an example of a large injection molded part, consider the shopping carts at Target. Although the machinery exists to mold very large pieces (e.g. 1000 ton presses roughly the size of a train’s caboose), using it is very expensive.

For this reason, objects that are larger than a typical injection molding machine’s capability are most often created in multiple pieces.

CNC machines have similar limitations regarding product size while 3D printing has even more limitations. CNC is limited to the travel and size of the bed in the milling machine while large 3D printed parts often need to be printed in multiple pieces and then bonded together.

Large undercuts require experienced design to be avoided and can often add costs to the project.

So Is Injection Molding the Right Option for My Project?

Before you endeavor to produce a part via injection molding consider a few of the following things.

You’ll want to determine the number of parts produced at which injection molding becomes the most cost effective method of manufacturing.

From there, you’ll want to determine the number of parts produced at which you expect to break even on your investment (consider the costs of design, testing, production, assembly, marketing, and distribution as well as the expected price point for sales). Build in a conservative margin.

And don’t forget about entry costs. Preparing a product for injection molded manufacturing requires a large initial investment. Make sure you understand this crucial point up front.

When it comes to part design, you want to design the part from day one with injection molding in mind. Simplifying geometry and minimizing the number of parts early on will pay dividends down the road.

When designing the mold tool, the top priority is to prevent defects during production. For a list of 10 common injection molding defects and how to fix or prevent them read here. Consider gate locations and run simulations using moldflow software like Solidworks Plastics.

Getting Production Right for Injection Molding

Cycle time is crucial here. Minimize cycle time as much as possible. Using machines with hot runner technology will help as will well-thought-out tooling. Small changes can make a big difference and cutting a few seconds from your cycle time can translate into big savings when you’re producing millions of parts.

Injection molding is a great technology for finished production on a massive scale. It is also useful for finalized prototypes that are used for consumer and/or product testing. Prior to this late stage in production, however, 3D printing is much more affordable and flexible for products in the early stages of design.