Everything You Need to Know About ABS Plastic 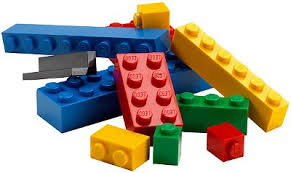 What is ABS Plastic?

Acrylonitrile Butadiene Styrene (ABS) is an opaque thermoplastic and amorphous polymer. “Thermoplastic” (as opposed to “thermoset”) refers to the way the material responds to heat.

Thermoplastics become liquid (i.e. have a “glass transition”) at a certain temperature (221 degrees Fahrenheit in the case of ABS plastic). They can be heated to their melting point, cooled, and re-heated again without significant degradation.

Instead of burning, thermoplastics like ABS liquefy, which allows them to be easily injection molded and then subsequently recycled.

By contrast, thermoset plastics can only be heated once (typically during the injection molding process). The first heating causes thermoset materials to set (similar to a 2-part epoxy), resulting in a chemical change that cannot be reversed. If you tried to heat a thermoset plastic to a high temperature a second time, it would simply burn. This characteristic makes thermoset materials poor candidates for recycling. ABS is also an amorphous material meaning that it does not exhibit the ordered characteristics of crystalline solids.

Check out the industry's best online course for new inventors. Lean on veteran guidance to help take your product from initial idea to profitable product.

How is ABS made?

ABS is most commonly polymerized through the process of emulsion (the mixture of multiple products that don’t typically combine into a single product). A well-known example of an emulsified product is milk. ABS is also created, albeit less commonly, by a patented process known as continuous mass polymerization. Globally, the most common methodology to create ABS is the emulsion process.

It is important to note that because ABS is a thermoplastic material, it can be easily recycled, as mentioned above. This means that a common way of producing ABS plastic is from other ABS plastic (i.e. making ABS from ABS). Read more about recyclable plastics such as polypropylene plastic properties in our previous blog.

Why is ABS used so often?

ABS has a strong resistance to corrosive chemicals and/or physical impacts. It is very easy to machine and has a low melting temperature making it particularly simple to use in injection molding manufacturing processes or 3D printing on an FDM machine. ABS is also relatively inexpensive (prices, currently around $1.50 per pound, typically fall somewhere between those of Polypropylene  ("PP") and Polycarbonate (“PC”). ABS plastic is not typically used in high heat situations due to its low melting point.  These characteristics lead to ABS being used in a large number of applications across a wide range of industries.

What is ABS used for?

There are countless applications for ABS. Among the most widely identifiable are keys on a computer keyboard, power-tool housing, the plastic face-guard on wall sockets (often a PC/ABS blend), and LEGO toys.

Creative Mechanisms uses the Fused Deposition Modeling 3D printing process over other “printing” technologies (such as SLA, SLS, SLM) because ABS parts are readily available. Our FDM machine uses ABS plastic, which allows us to be sure that there will be no major hold-ups due to material when transitioning from prototype to production. It is often chosen because it is a good middle-ground option for a vast number of applications.

ABS is easily machined, sanded, glued and painted. This makes it a great material for prototyping, especially when it comes to CR packaging. You can also get good cosmetic finishes with ABS; plus, it can also be colored relatively easily, unlike some other plastics. That’s why it’s often used for enclosures (housing) that might have different textures or glossy surfaces.

ABS is relatively harmless in that it doesn't have any known carcinogens, and there are no known adverse health effects related to exposure to ABS. That said, ABS is typically not suitable for medical implants. Read more about 3D printing and prototype development for medical devices here.

What are the properties of ABS?

ABS is very structurally sturdy, which is why it is used in things like camera housings, protective housings, and packaging. ABS is a good choice if you need an inexpensive, strong, stiff plastic that holds up well to external impacts. 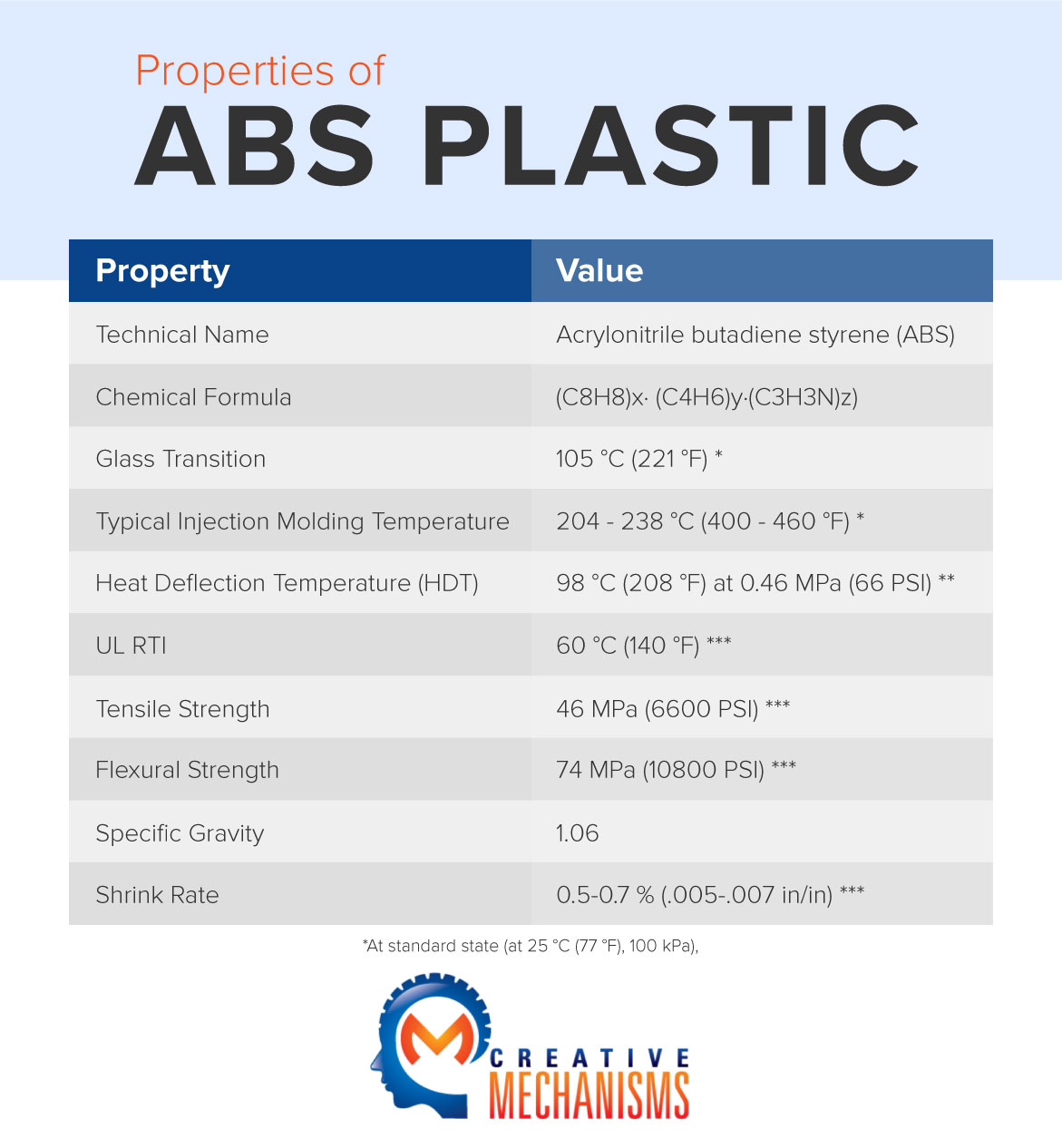 Learn more about other types of plastics here, and contact Creative Mechanisms for a consultation on your next prototype!