The way a particular component is designed has implications beyond cost, functionality, aesthetics, and more. To be able to design and engineer a part for effective assembly is one such consideration. But what do we mean when we say “design for assembly (DfA)?” DfA means that components are designed in order to optimize proper assembly, and hence, proper function. This further means fewer wasted parts, a higher rate of effectiveness and reliability, and a better financial bottom line. Optimizing the assembly of parts should start from the conceptualization, go through product design, and end with production. Here are some of the factors designers must consider when bringing an idea into reality:

So, what are some of the ways in which designers can address the considerations above?

Using features that will make it impossible to assemble parts, except in a specific way, will ensure that products are being assembled correctly, in the right direction, and with the correct alignment. See the example below about plastic strips and screws to get a better idea of how to design for a very specific assembly. Another possibility to design for assembly may be to design the part itself so that it allows for correct assembly in virtually all directions or in as many orientations as possible. This can be done by increasing part symmetry, and increases the chances of functionality regardless of how the part is assembled.

Aesthetics may be an important consideration, or they may not be. Design for assembly and aesthetics often requires designers to think outside the box; for example, using chamfers on leading edges for a clean look (which also decreases chances of improper assembly). Indicating correct assembled positions on the mating parts, with a mark of some sort, to a lesser degree ensures reduced chances of misalignment and incorrect assembly. Another option is incorporating orientation features to injection molded parts, which can greatly reduce or, in some cases, completely eradicate errors in assembly. 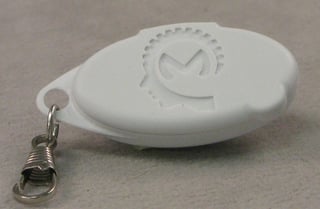 It is common for plastic parts to be fastened to other components that are not plastic, but these other materials, such as metals, glass, wood, fabric, etc., each have a different coefficient of thermal expansion. This means that when subjected to the same amount of heat and the same rise in temperature, these materials will all expand at different rates. So if there will be a fusion of two or more materials with different coefficients of thermal expansion, this factor must be accounted for. Some plastics expand when exposed to moisture as though they were exposed to heat so, under this condition, adjustments must be made to the design to accommodate a possibility of uneven expansion.

Designing for assembly AND disassembly:

Parts may be disassembled for repair, recycling, or at the end of their useful life. Depending on the labor involved to assemble or break down a part, costs will increase quite a bit. For instance, mechanical fasteners such as screws, bolts, rivets, and others often represent a sizable portion of total assembly costs. To more efficiently manage costs, you could replace fasteners with snap-fit joints, living hinges, or other design features. (See below for a discussion of snap-fit joints.)

If fasteners cannot be avoided, choose from the various cheap and readily available options in order to reduce costs. Consider the following:

Generally, the fewer components there are in a given project, the lower the labor cost to put it together...as well as lower chances of incorrect assembly when 4 parts are used rather than 14. To minimize the need for fasteners and reduce the amount of assembly operations, you should think about condensing the number of parts in your design. Typically, the cost savings from optimization of part assembly considerably exceed the extra costs of mold adjustments and material requirements. Any design engineer worth their salt will consider how to simplify a part in order to meet requirements most effectively. For instance, if snap tabs and fastener locations are done correctly, it’s possible to use only one injection molding tool for a particular assembly. Assess your design for any opportunity to combine functions and thus reduce the final number of parts required for assembly. For example, there may be several options for attaching a gear to a shaft:

Snap-fit joints are widely used in various applications and are extremely cost effective and versatile as they remove the need for mechanical fasteners and thereby reduce the costs associated with part assembly and disassembly. Their specific designs may vary but the working principle remains the same – snap-fit joints involve the temporary deflection of a flexible but rigid member, which locks in place in a depression with a protrusion on a mating part. The design of the depression determines if the joint can be dismantled but most times they are designed for frequent dismantling.

Snap-fit joints that are intended for automated assembly and not hand assembly should join with a single unidirectional motion, rather than multiple motions. Even for hand assemblies, however, you should avoid designs that will require complex hand motions or that require more than two hands to lock or unlock the snap-fit joint.

EXAMPLE - Design and engineering for proper assembly and function:

Now that we’ve looked at different ways to address various concerns in the design process, let’s look at a tangible example of how to design and engineer for proper assembly (and therefore proper function, less waste, etc)...

Consider a plastic strip that gets punched in line with three holes such that each hole will fit around one of three screws linearly embedded on a metal surface. What should the spacing between the holes be? Should the spacing between hole 1 and 2 be the same as that between hole 2 and 3? The casual observer might note that aesthetic requirements dictate that the designer should incorporate symmetry (for example, making the spacing 2” between hole 1 and 2 and 2” again between hole 2 and 3). Assume, however, that DfA requirements take priority, or that aesthetics are not an issue for this particular assembly. A designer thinking about assembly might ask him or herself how likely the assembler is to confuse the top of the plastic strip with the bottom. Can the strip be put on upside down? Is it critical to prevent such a mistake? How could one prevent it?

Adjusting the spacing between hole 2 and 3 to 2.5”, for example, will prevent an assembler from incorrectly fitting the plastic strip on the rest of the device. The holes simply will not align if the strip is upside down or rotated 180 degrees. What’s more is that the small difference in spacing between the posts is unlikely to make a negative aesthetic impact. Another example is to have a male/female feature on one half of the plastic strip that would fit into the metal sheet on one side. If the strip was flipped, it would not lay flat against the metal. This case would work when the screws would need to be symmetric to be aesthetically pleasing. Now the device looks good, is likely to be assembled without error, and therefore is less likely to be scrapped, less likely to have undesirable errors, and ultimately will probably cost less...which makes the entire venture more likely to succeed in the market. It all started with good design for assembly.

Adapting designs to allow the incorporation of features to locate and hold components during assembly is a great advantage that the injection molding process offers. Many products feature designs where components are held by two halves of the assembly without the need for any extra attachment. This makes for a very efficient assembly as well as eases and quickens disassembly for recycling or repairs. Read here to learn more about injection molding, and how it can assist design for assembly.

Creative Mechanisms is a design and engineering firm that has been helping companies and engineers design for excellence, assembly, and more. Our team has a unique ability to approach complex problems and devise solutions across a variety of industries. Read what our customers have to say about working with us, and contact us if you have a concept you want to bring to market - we are here to help!