Failure is not a matter of if, but when. Organizations fail, products fail, processes fail, humans fail...you get the point. Failure is also more likely when creating something new - it’s hard to do what has never been done before. Thankfully, there are many ways to mitigate potential failures by planning ahead. Let’s discuss the importance of failure analysis, examples of failure in the injection molding process, a common method of failure analysis (FMEA), and how the Creative Mechanisms process anticipates and prevents failure in the design and engineering portion of bringing a product to market.

Why conducting failure analysis on products is so important

Whenever possible, it’s important to anticipate and then mitigate product failure for a variety of reasons. First and foremost is that depending on the industry, life and limb may be at risk should a product fail during use; consider a manufacturing defect that occurs when producing carabiners used for rock climbing. Failure may be the result of deficient product design, but it can also be indicative of a faulty process. Regardless of whether a fault is in the engineering design or the manufacturing process, life and limb aren’t the only considerations. Here are other reasons to perform failure analysis:

It’s also important to define what failure is; it can be more than just mechanical deformations or breaks. Other examples are 1) interruptions in production, 2) unavailability of necessary equipment, 3) deviations from an acceptable standard or process, or 4) a failure to meet stated objectives (specifications) for functionality, design, and engineering.

Examples of failures in the injection molding process 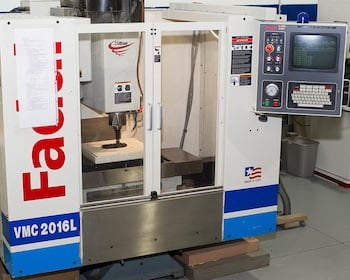 Prototyping is an important step in the process of bringing a product to market. In many cases, a client will want to create a small number of samples for testing and/or market research (3D printing or using a CNC machine is often recommended when small batches are required or desired). Injection molding is a logical next step when hundreds or thousands of prototypes are required; it’s much more cost- and time-effective than the alternatives. There are, however, multiple ways the injection molding process can produce deformations...which is another word for failure. Here are some examples (read here to learn about more defects and how to prevent them):

What is Failure Modes and Effects Analysis (FMEA)?

Because there are many opportunities to fail when creating something new or bringing something to market, multiple processes have also evolved to help anticipate and mitigate defects. One of the most common methods to conduct failure analysis is called FMEA (Failure Modes and Effects Analysis). It is basically a “bottom up” approach, wherein each component of a system is considered as an independent unit. Designers and engineers consider how each component can fail, and what the effects of that failure might be. The probability and severity of a failure occurring is calculated, and then different safeguards and/or mitigation strategies are implemented to prevent them. Here is a general example of what an FMEA chart might look like for ATM systems (photo credit: www.asq.org):

In this example, one of the functions of an ATM is to dispense the correct amount of cash. Different types of failure for that particular function are then listed, along with potential effects. “S” represents the severity of a particular failure mode (generally on a scale of 1-10, 10 being the worst). “O” represents the occurrence rate of a particular reason for failure (where 1 is extremely unlikely and 10 is inevitable). “D” is the detection factor, which assesses whether a control in place will detect a failure mode before the consumer/customer notices. In this case, 1 means that the control will detect it, and 10 means that it will not (or that no control exists). A thorough FMEA chart will also include safeguards and recommended actions for each failure mode.

The best way to prevent failure in released products is to continuously test and evaluate them during development. Graduate level failure prevention involves implementing continuous improvement programs to take feedback from the field and incorporate it into current and future iterations of your product. Different and common failure analysis and testing methods include the following:

The team we’ve assembled at Creative Mechanisms has dozens of years of experience in design and engineering for success. We have a unique mix of model makers, design engineers, and business expertise. We can bring your product idea to life.

To learn more about the manufacturing process click here