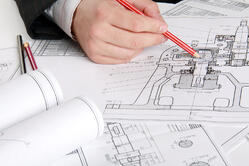 and other methods. These techniques and the effects of their designs will be discussed in a series consisting of three parts. Optimizing the assembly of parts should start from the conceptualization, go through product design, and end with production. It should always be at the back of your mind to be on the lookout for any chance to simplify the assembly, which means a more efficient design. Think about aggregating parts, reducing the steps involved in assembly, enhancing automation, and considering other assembly techniques. An efficiently designed part will incorporate features that make assembly easy and guarantee accurate positioning and alignment. Although cost and quality restraints should be considered during mechanism design, other concerns, such as disassembly and recycling, should also be considered. Adequate synergy between the engineering wing and design team is paramount to the successful implementation of an optimal mechanism design.

For example, there may be several options for attaching a gear to a shaft:

A host of factors, including tensile strength, wear, moldability, etc. all play a significant role in choosing which of these design options is most feasible or profitable. Give higher precedence to options that reduce the requirement for part assembly. Typically, the cost savings from optimization of part assembly considerably exceed the extra costs of mold adjustments and material requirements. We shall now consider some of the more common mechanism designs.

Mechanical fasteners such as screws, bolts, rivets, and others often represent a sizable portion of total assembly costs. When you include the labor costs involved, whether automated or not, the assembly costs are further increased. Mechanical fasteners also add to the cost of disassembling products for repair or recycling. To more efficiently manage costs, you could replace fasteners with snap-fit joints, living hinges, or other design features. If fasteners cannot be avoided, choose from the various cheap and readily available options in order to reduce costs.

Customized fasteners for almost all design requirements are available but avoid expensive or low-production fasteners unless the performance advantage justifies the extra costs. Always try to choose fasteners that simplify installation, inventory control, and automation processes as well as reduce unit cost.

Snap-fit joints are widely used in various applications and are extremely cost effective and versatile as they remove the need for mechanical fasteners and thereby reduce the costs associated with part assembly and disassembly. Their specific designs may vary but the working principle remains the same – snap-fit joints involve the temporary deflection of a flexible but rigid member, which locks in place in a depression with a protrusion on a mating part. The design of the depression determines if the joint can be dismantled but most times they are designed for frequent dismantling.

Consider how molding issues will impact part design early to avoid unforeseen delays and unnecessary costs. To lower costs accruing from the construction and maintenance of the mold, the simplest designs should be favored instead of more complex ones that require slide mechanisms. In some cases, the proximity of the joint to another part hampers the use of a slide mechanism. Ring shaped designs used for a continuous latch can be very problematic to mold because they often require collapsible cores or ejector sleeves, which can be difficult to maintain.

Snap-fit joints that are intended for automated assembly and not hand assembly should join with a single unidirectional motion, rather than multiple motions. Even for hand assemblies, however, you should avoid designs that will require complex hand motions or that require more than two hands to lock or unlock the snap-fit joint.

Designing snap-fit joints is more of an art than a science and here are some general rules to adhere to during their design:

Part 2 of this series will take a look at some more methods of assembly design and the factors that favor or disfavor their use.